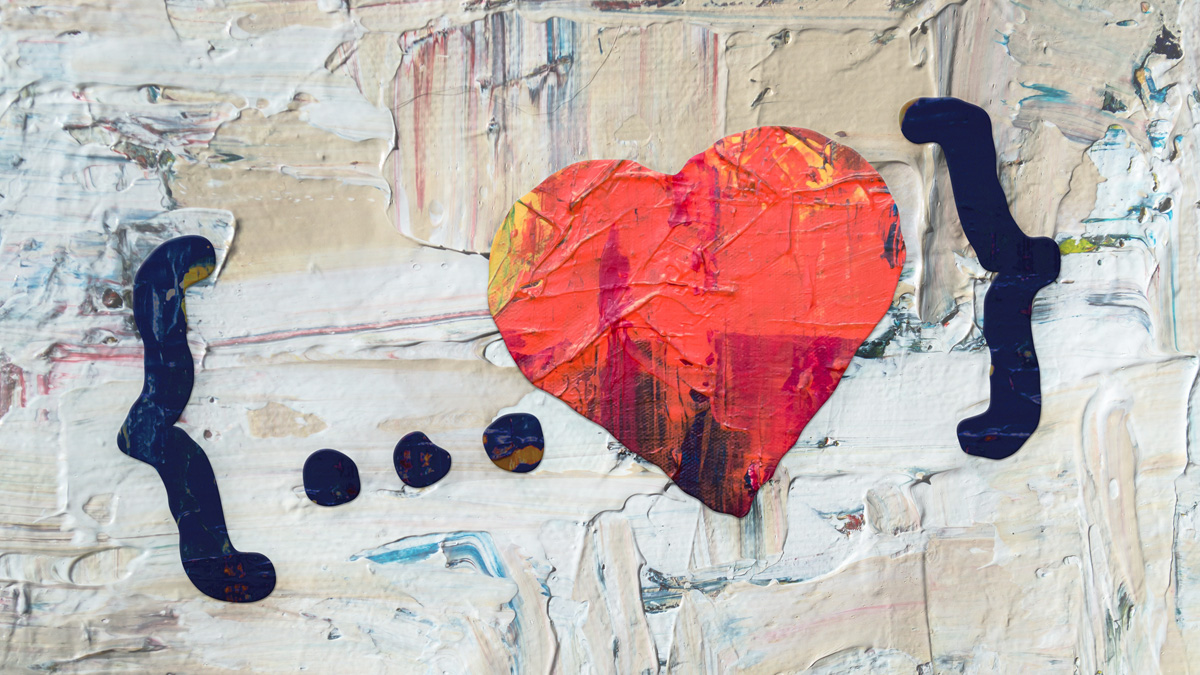 It all started with this tweet that simply read “{…love}.” A nerdy little JavaScript play-on-words of some kind, but what does it mean?

ECMAScript 2015 (aka ECMAScript 6th Edition or ES6 for short or just JavaScript) defines a new syntax (that is, ...) that, depending on context, can be used as rest or spread, which are basically opposites of each other.

Note that the rest/spread syntax should not be confused with the REST API for communicating with back-end servers. Same name; completely different technologies.

Also worth noting is that ... is a sequence of three . characters and not the Unicode U+2026 character.

Think peanut butter. Instead of putting it on your toast in one big glob, you spread it across the bread evenly with a knife.

If that’s as clear as peanut butter, then let’s read on.

The new spread syntax can be used in place of ES5’s Object.assign. How so? Let’s jump right in with an example.

Take the case where we have two objects, foo and bar.

We’d like to create a third object with keys from the other two. We know that this can be performed with Object.assign like this.

It’s easy enough to understand, but a little heavy. We call the static assign method on the Object class and pass in some arguments—two of which are self-explanatory—but what’s with that empty object literal?

Psst … It’s there as a “destination” object. We could simply say Object.assign(foo, bar), but foo would be mutated.

Using the object spread syntax, we can accomplish the same thing but with less heft.

IMO, the newer syntax hides a lot of the complexities away. In both cases, the order of precedence is from left to right, meaning that bar will override any keys that are also in foo.

You should now possess the knowledge to get the joke, and know what it means to “spread love.” Here’s what I would consider the rest of the joke.

The heart emoji isn’t meant to be taken literally. It’s just a cute way to visualize the pun.

We’ve seen how spread mimics Object.assign when dealing with objects. But what happens when we spread an array? Let’s find out.

Say we have two arrays, and we’d like to create a third array with the contents of the first two.

Here’s the traditional JavaScript way of accomplishing this using the Array concat method.

Again, spread to the rescue.

It looks a lot like our object-spreading example above, but this time we create an array. Each item from foo is spread into the array, then each item from bar. Again, I believe this new syntax to be more concise, compared to the old concat method.

In the examples above, we learned how spread can sometimes act like Object.assign and other times like concat. But here’s yet another way to use the power of spreading—this time for function arguments.

Let’s say you have an array of numbers and you’d like to find the maximum value.

How could we go about writing findMax in the example above? There’s the brute-force method where we loop through all values using reduce, returning the largest value.

I love reduce, and that’s some cool code, but probably not as efficient as it could be. It also adds a lot of visual clutter to the code.

The clever among you probably noticed that the code above is exactly what Math.max does. Here is an equivalent function, but without the looping.

That’s neat, and a lot more terse, but ugly. You also might have to pause and ask yourself, “Is it call or is it apply? What’s with that null context thing?”

Now watch what happens when we introduce argument spreading.

Spread is just syntactic sugar for something that we can already do using apply in ES5, but it greatly simplifies the code.

Note that the MDN documentation for Math.max states:

“If no arguments are given, the result is -Infinity.”

From the brute-force example above, now you see why (i.e., it’s the seed or initial value).

Wait … You can also spread strings?

Any iterable can be spread. And strings are iterable. So yes, you can spread strings. What would that look like? Take the following code.

Here we take a string “Hello World” and spread it into an array. The resulting value of arr would be as follows.

So as you can see here, this is roughly the same as the following.

You can think of rest as the opposite of spread. It takes the “rest” of the things (parameters, object keys, array items) and assigns them to a variable.

What do you suppose this does?

Here we have a standard ES6 JavaScript arrow function foo that accepts a variable number of arguments. It takes these arguments, creates an array, assigns it to the variable args. Then it returns that array.

Here we pass in a variable number of arguments to buildListString, and it returns a single string containing each argument separated by a comma.

For the example shown above, listString will contain the string "red, white, blue".

In the pre-ES6 days, you would be forced to do something like this.

Yuck! If you’re anything like me, you probably had to Google it each time you wanted to convert arguments into an array. When using rest, all of that is behind you.

Here we define a React stateless functional component (SFC) named Foo and pass in props. The children prop is destructured into a variable called children, and the “rest” of the props are assigned to the variable otherProps.

If we looked at otherProps in the inspector, we would see that it is a normal JavaScript object containing keys for each prop passed to Foo. That is to say that there is nothing magical about what rest creates.

Rest and spread are powerful syntax additions to the language. You can use spread with objects and arrays, and when passing a variable number of arguments to a function.

Once you start using rest and spread, you’ll never want to code without them. So go out and “{…❤️}” for yourself.